Unlike food sensitivities that affect a small segment scattered all over every population, food allergens are given a much bigger space. Gluten-free foods have especially experienced a market boost with dedicated industries manufacturing food for people who are gluten intolerant.

Food allergies although a risky affair haven’t received as much attention and yet the danger is real as their immune system is weak to some ingredients in the food that cause allergic reactions. This should be enough to demand special care in food processing with preventive measures in place for safe production.

15 million people are estimated to be allergic to food with children being the majority which makes the situation dire. The major food allergens are protein-based and include wheat, eggs, fish, milk, tree nuts, peanuts, crustaceans, and soybeans has become a focus for most food producing companies for a while now.

Despite their best efforts, hundreds of thousands of Americans are hospitalized each year with a severe reaction. This has been attributed to a few reasons like cross-contamination and the inability of proteins that cause allergies to be fully destroyed through thermal treatment as they are smaller than bacteria.

Cross-contamination can occur when some traces of allergens are left in processing aids which turn up in other unsuspecting products. Some tests like swabs are employed to detect such proteins but still, a zero-tolerance for allergen remains an elusive task with food processors sticking to effective control programs.

Some allergens contain proteins that are undeclared which makes cross-contamination with such proteins common accounting for about half of all food recalls. Donald Schaffner of Rutgers University argues that allergen control should be high priority adding that it would be cost-effective to deal with them than facing a recall.

Schaffner is part of a working group that includes USDA and private companies like PepsiCo that has come up with a curriculum for training personnel in food manufacturing companies to help curb this menace of allergen cross-contamination.

Although not at liberty to discuss the curriculum until it is approved by the Food Safety Modernization Act (FSMA), Dave Irish, manager of the Aggie Creamery at Utah State University and a sanitation expert predicts the content shouldn’t be surprising to anyone interested in the issue.

Since the removal of allergens through heat has been ineffective, the goal is to consider removal through human intervention. This will include personal hygiene from thorough washing of the feet, hands, and clothes. Meanwhile, allergenic ingredients should be kept safely away and color-coding anything that comes into direct contact with food. Sanitary check valves in a food processing plant are dedicated to non-food contact applications, like utilities. These valves must also meet certain requirements, they are strict. 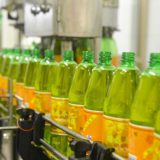 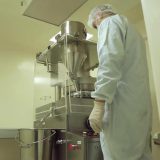 What is Valve And its Function 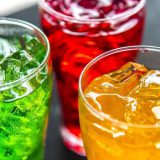 The Journey of Packaging Material 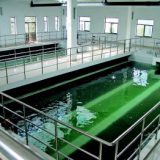 What are the Types of Check Valves? 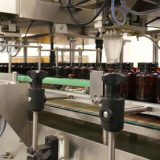 How to Select Fasteners, Packing and Gasket Materials